You are here: Home / 2016 Pumpkin Competition

Local Heidelberg Farmer Lourens van Deventer scooped up first prize for the largest pumpkin with a massive weight of 373kg at the Heidelberg Giant Pumpkin Festival and Mountain Bike Race.

In second place with a pumpkin 354.5kg was Theresa van Deventer, wife of Lourens van Deventer and in third place Ronèl Swart with 342.5 kg – proving that the art of growing a giant pumpkin is not just a man’s sport.

Adding drama to the event was the fact that last year’s champion Pinkie Swart from Heidelberg had to withdraw just days before the competition because of a rotten pumpkin. Pinkie is currently still the South African record holder with a giant pumpkin weighing in at 497.5 kg. 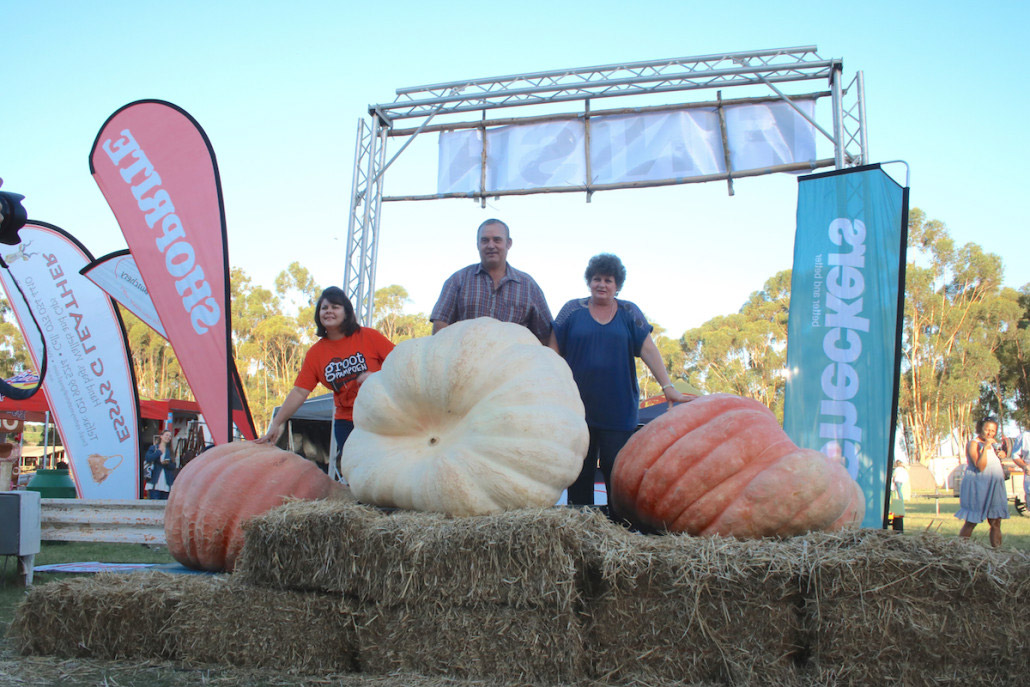